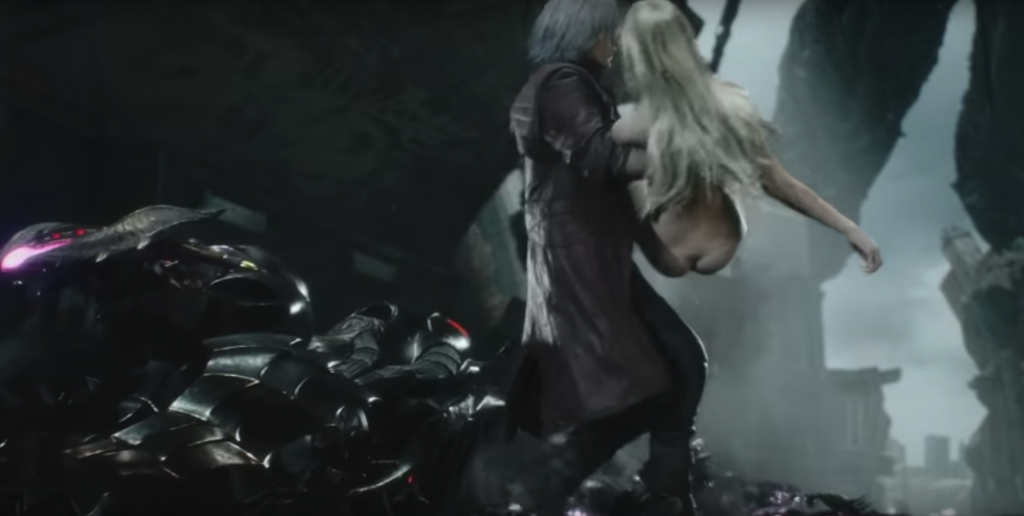 One of the weirder stories that came about earlier in March when Devil May Cry 5 released was when it players began discovering that one scene from the game had seemingly been censored of partial nudity, but only on the PS4 version of the game for those in western markets. Now, in a new update for DMC5, this censored scene has now been altered, but only in one market.

As seen in the video at the bottom of the page (courtesy of Itachi Uchiha), patch 1.07 for Devil May Cry 5 on PS4 has now removed the light that initially covered up the brief partial nudity of Trish in the game’s cutscene following Mission 11. With this update, the PS4 version is now identical to that of the Xbox One and PC counterparts of DMC5 which never had this scene censored in the first place.

However, there is a rather strange caveat with this entire ordeal. According to multiple reports and footage that has been shared online, it seems that this patch has only removed the censorship in the scene for those on PS4 in the United States. For those in Europe, this scene in question still contains the same light that covers Trish’s backside. The reasons as to why this is the case (or why it was ever censored on only PS4 in the first place) haven’t been given by either Sony or Capcom.

This whole situation has been an odd one to watch unfold and this may very well not be the end of this story just yet. We’ll keep you updated if there are any further developments or if Capcom ends up commenting on the matter.

Devil May Cry 5 is out now on PS4, Xbox One, and PC. The game’s new, free Bloody Palace DLC also is live as of this moment.

Check Out These Celebrities as Mortal Kombat Characters by BossLogic