CP/M, originally standing for Control Program/Monitor and later Control Program for Microcomputers, is a mass-market operating system created in 1974 for Intel 8080/85-based microcomputers by Gary Kildall of Digital Research, Inc. Initially confined to single-tasking on 8-bit processors and no more than 64 kilobytes of memory, later versions of CP/M added multi-user variations and were migrated to 16-bit processors.Arguably, we came close to having CP/M instead of MS-DOS dominate computing on PCs. But Microsoft got the contract for PC-DOS from IBM and the rest is history.Some very cutting edge software was on CP/M including Wordstar, dBaseII and Supercalc.You can run your own version of CP/M using an affordable Raspberry Pi. There seems to be variants out there, but cpumem appears to be a great choice.CPMemu is a CP/M 2.2 emulator running on the Raspberry Pi and on other Linux systems. On the Raspberry Pi CPMemu can be used as a bare metal solution based on the Circle environment….

Gamers and Raspberry Pi enthusiasts who would like to build their very own pocket sized mini arcade console may be interested in a new tutorial published to the Adafruit website by Peli de Halleux. Created by Microsoft, MakeCode Arcade is open source And freely available via the GitHub website and offers a web-based beginner-friendly code editor to create retro arcade games for the web and for microcontrollers. MakeCode Arcade uses 7 buttons to you can use a variety of different hardware combined with the Raspberry Pi Zero mini PC to create the mini arcade. Such as the Adafruit Joy Bonnet and likely a plastic case for Pi Zero Arcade Cabinet and Joy Bonnect Pack with Pi Zero which includes many of the components. “If you’re using the Joy Bonnet, then congratulations, you’re done! Just connect the Pi using HDMI cable to a… 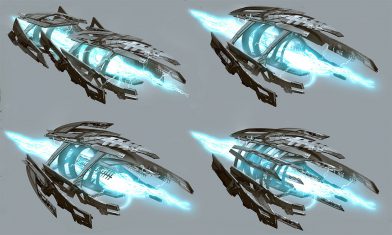 During this video of Unreal Engine 4 for GameJams (video below) one of several interesting points is the suggestion of using a version control server to manage the files and updates between the various team members.

The Year of IoT – Hooking up a 2 line LCD Display

The journey of using .NET Core to send text to a 2 line LCD connected to an rPi.
…

Slack Chatting with your rPi

Talk to your rPi over a Slack channel, getting status, controlling devices, and running shell (bash) commands and viewing the console output posted back to your Slack channel
…

GameDevGamesUE4WebcomicTwitchEmulatorGameUnreal EngineGDC2019WordPressYoutubeFreeTutorialDev
Cookies: DFX.lv uses cookies. Some moron legislator believes a stupid banner is a good enough protection for internet noobs, so here you have it...
Privacy: As soon this banner appears, Amazon, WordPress & Plugins, Twitter, Youtube, your ISP and DNS server, browser, OS, and others knows you're here.
Auto-consent & hide banner in 30 secs, for more details DFX.lv Privacy Policy