I can’t say I’m a fan of dancing. For me, any dance is the dance of death. It’s just not my style when I’m out in the places that all these people like to boogie in. My preference is to remain rigid, standing in a corner, emitting waves of hatred. For some reason, it never seems to work. This is likely because, much like Felix The Reaper, I have the finesse and grace of a cat. 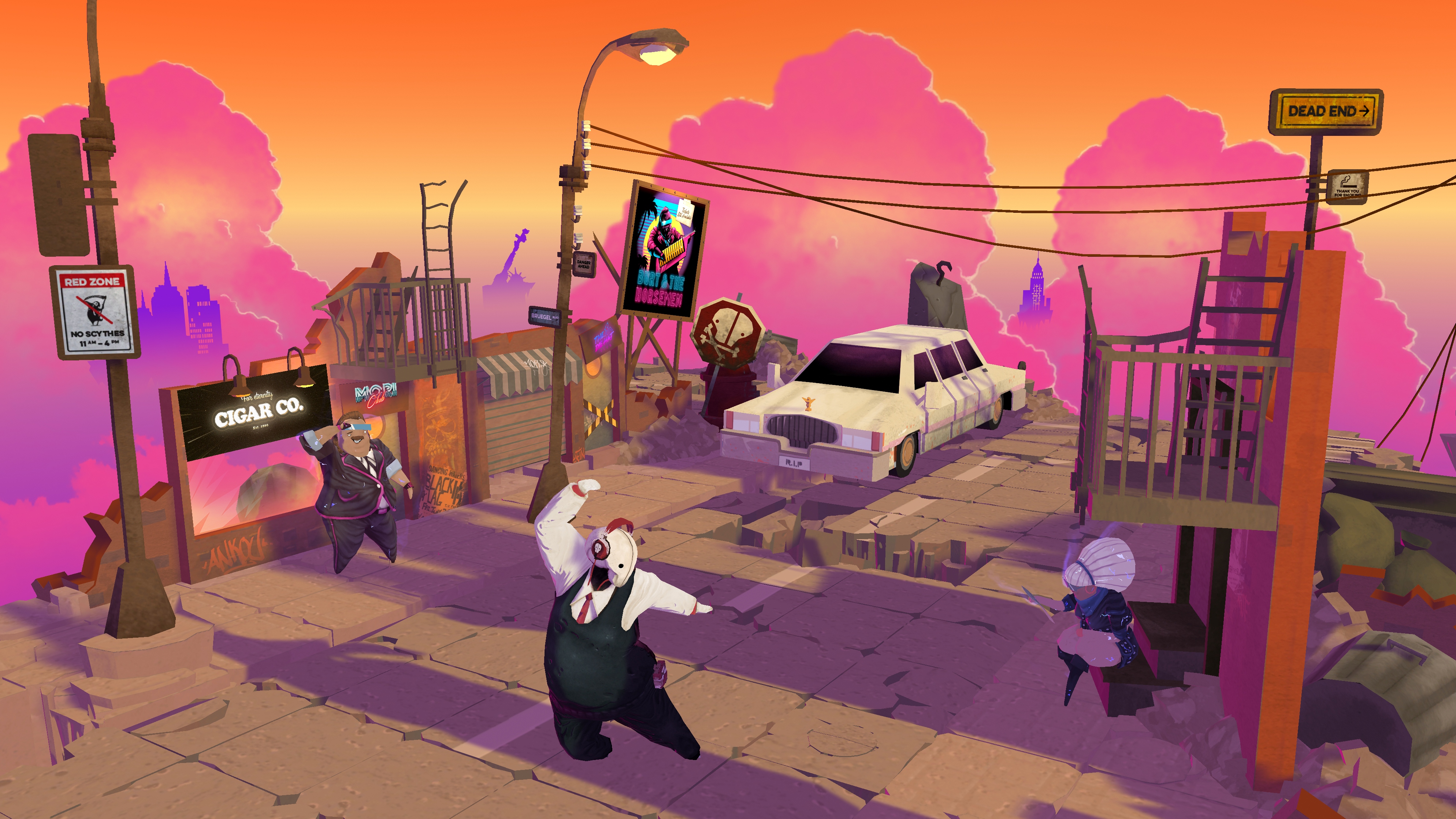 Not only is Felix strange because of his reason for joining the Department of Death, but his methods are also strange. Felix loves to dance which draws ire from the other reapers but dance he will. You’ll direct Felix as he dances through a number of puzzles, eventually resulting in the death of his target. You don’t directly kill the target, of course, the job of the reaper is to remain unnoticed.

This was made abundantly clear in the tutorial, which teaches you the core elements of the game. You have to remain in the shadows, walking through them to whichever point you want to move by clicking on the relevant square, and the ability to move the direction of the sun, letting you cast shadows in a different direction. As you advance further new elements are introduced, including switches that move things like a horse as well as objects that you can personally move, letting you cast shadows, block movement of other objects or keep a switch pressed down.

As mentioned, you have to remain in the shadows and the movement of the aforementioned objects as well as rotating the sun is how you navigate the stages. The game will actually rate you and award you achievements based on how many times you’re caught in the sun, how many actions you take and the number of spaces moved. However, you won’t be able to simply sit and think if you want these achievements as you’re also timed. Replaying levels will make it possible to focus on select ones though.

You do want these achievements though as they will unlock bonus levels for you play through. In addition to these bonus levels, each stage has an extreme difficulty level, called extreme reaper training levels, that take place on a sort of holodeck. Not only are they more complex in nature, but they also feature tiles that disappear after so many turns taken. When speaking to one of the members from Kong Orange, the developers, I was told the game should take between five to seven hours to complete, with increased replay value with the extra levels and extreme modes. 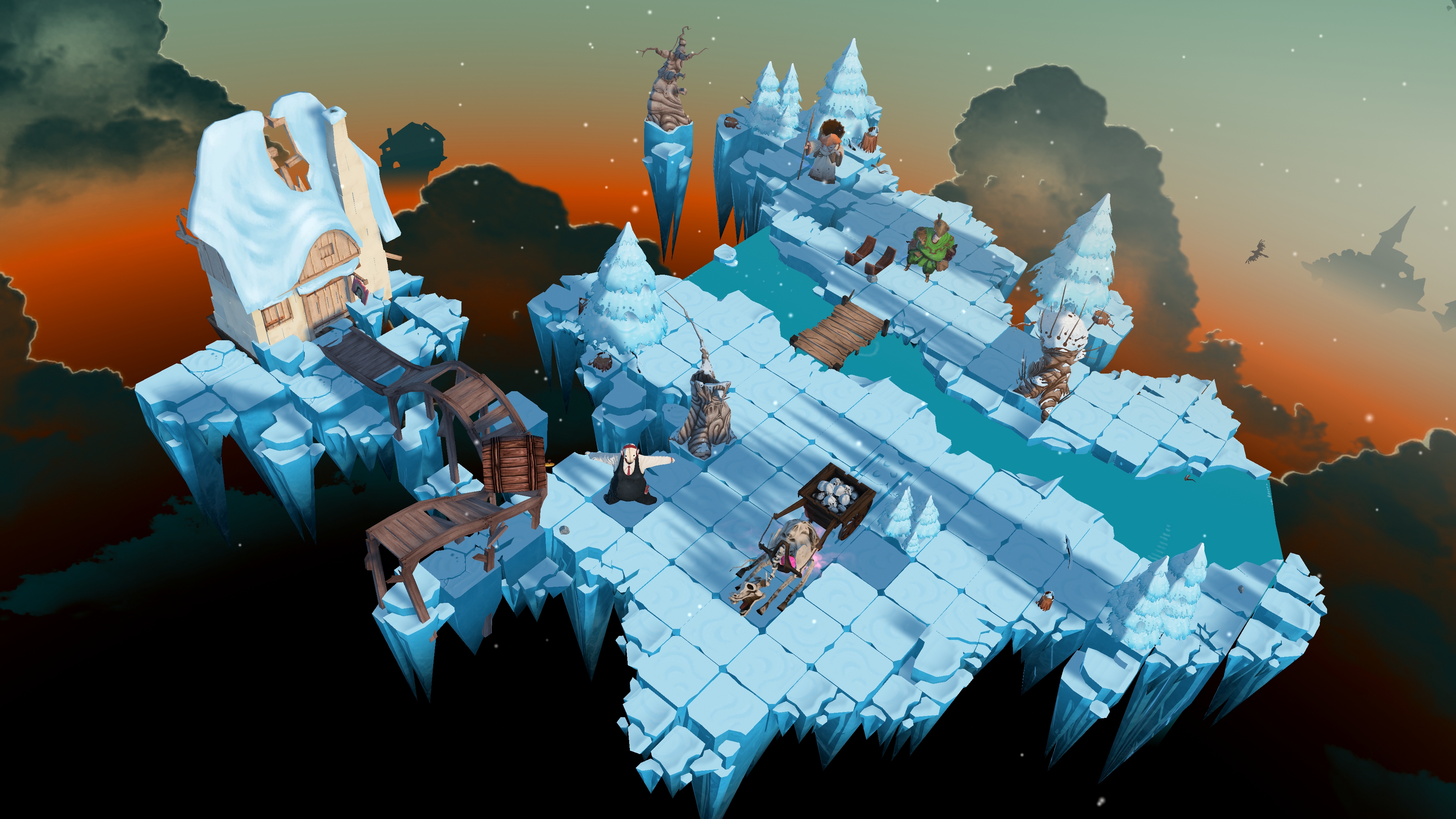 Remaining unnoticed is also worked within the format of these levels. Not only can you not directly kill the target, but you also can’t move them into too obvious of a position that leads to their death. For example, in the tutorial it had you placing a person across the map, behind a deer and a spear thrown at a deer would miss and kill the person you moved. A little too obvious, time to go back and do it properly.

For the story, each level in a chapter runs concurrently. You would start by moving the deer, letting it get killed, building into another level where you would ensure a person gets drunk by moving a barrel of ale, eventually leading them into being in the right position to be killed in a believable way. It’s all quite entertaining how the scenes at the beginning of a stage freeze time for you to take the actions you need, for you to then unfreeze time and watch the incident play out.

Just how it looks is what makes it all the better. Felix has a lovely cartoon style during these scenes, a very macabre cartoon with a fantastic sense of humour. Voice overs, from what I’ve heard, are lovingly camp. Everything about the game made me grin. What made me grin even more though was the fantastic animations featured within the game when playing. Felix dances in a free, joyous way that even makes me want to dance. Not enough to actually dance, but still. At least you get to change the music that Felix is listening to while on his grim mission of death.

I want to stress just how great the animations of the games actually are. This is thanks to hard work from the developers but also from the people they brought in to help them, including professional choreographers and dancers. For a game that began as a casual game for the developers at Kong Orange, Felix The Reaper outgrew these initial thoughts to become the game that it is now. 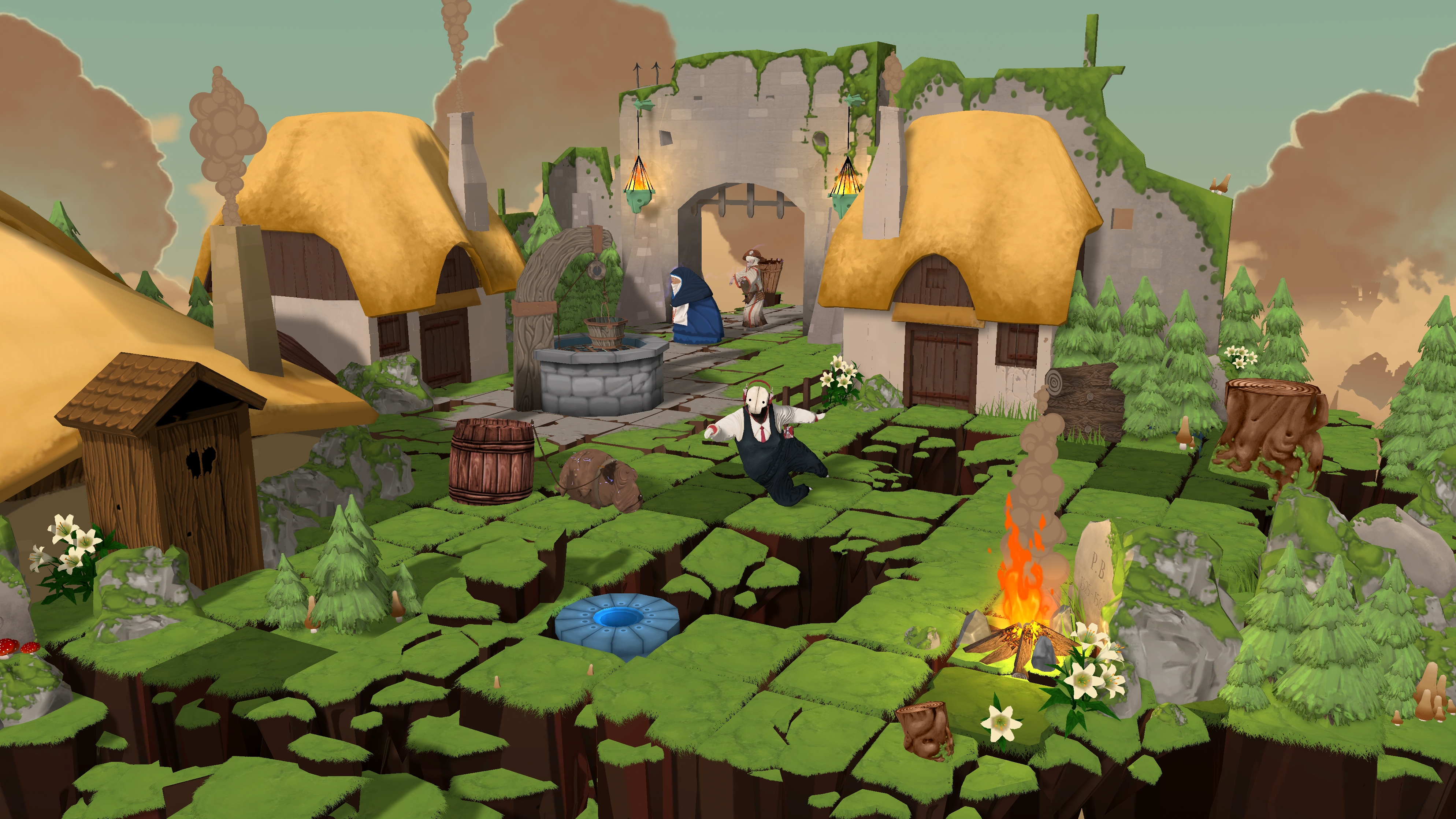 Knowing that I was only playing Felix The Reaper for only around forty minutes, I’m still more than a little surprised by how enamoured by the game I am. I’ll attribute this mostly to the great sense of humour within the game as well as the well-developed puzzles. So much that I ended up playing it a little more during what was meant to be a lunch break. If the fact that I chose Felix The Reaper over free food, chocolate and energy drinks doesn’t tell you what I think about the game, nothing will.

Developed by Kong Orange and published by Daedalic Games, Felix the Reaper is set to release later this year for the PC, PlayStation 4, Xbox One and Nintendo Switch. There are also plans to develop an iOS version of the game post-release.