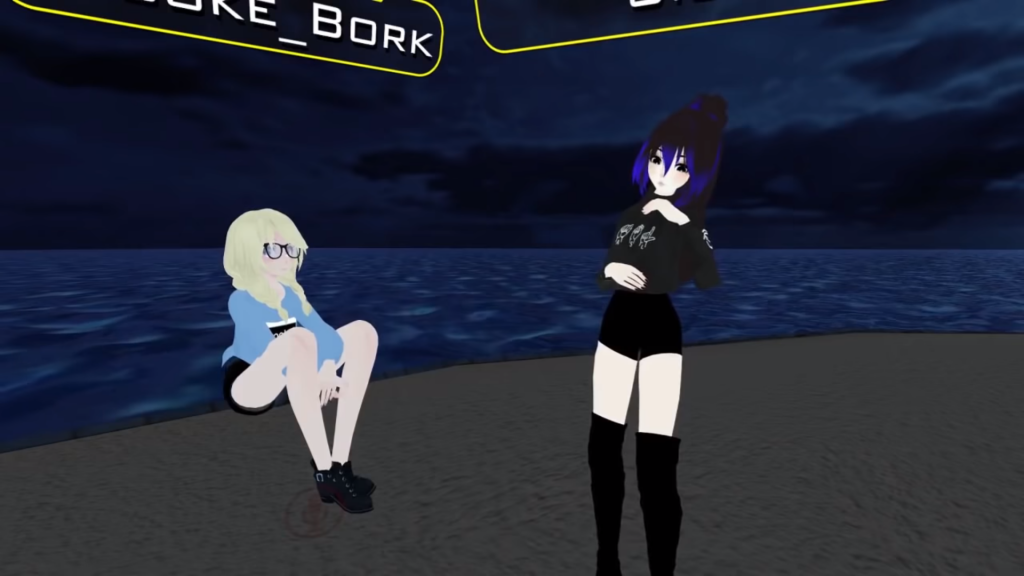 In feel-good news today, several VRChat players have joined forces to create a Deaf community called Helping Hands. A video has been released by Syrmor which finds a player’s anime avatar within VRChat explaining their experience with being deaf. It then becomes a tour of the building where the players can learn sign language.

Helping Hands has allowed players to build and be part of a Deaf community within VRChat while also being able to learn those signs for everyday use. It has been about since 2018 and created by Papa Thelius to connect with other sign language users.

The video shows a tour, led by Quentin, of the main room which has boards with American Sign Language (ASL) signs and a growing Dutch area. There’s also a large learning wall with buttons that the player can press which will then display a video of a VRChat character performing a sign for whichever word has been chosen.

Those who become part of the community can also have their player names added to a list of name signs allowing others to easily sign their name. So rather than sign “Jenny” with each letter being signed individually, they create a name sign that fits their personality and name as shown in the video at the 2:45 mark.

The founder, Papa Thelius does state that VR isn’t the best way to learn, but it is still a great way to introduce the language to players as well as spread awareness of it. Apparently, people who have joined the community have gone on to sign up for actual lessons in the real world.

I think it certainly looks interesting and is a nice way for players to learn or join a Deaf community and learn sign language. It’s worth remembering that sign language isn’t universal, so if you’re using British Sign Language, that won’t exactly translate over to an ASL signer. It’s also brilliant that these players are learning sign language as anime characters and even Pooh Bear.